Athletes, strive to reach their ultimate potential and sometimes even pursue super human targets, attempting to master their own bodies. Testing the boundaries of physical selves, putting themselves through the gauntlet everyday, to reach the pinnacle of their individual performance and beyond. The notion of the “perfect” athlete seems to be a chimera in the world of sports for coaches.

An individual fully synergising the multitude of different facets that construe ‘perfection’ is a rarity. Both physical prowess and a superior level of mental strength is needed, but the latter overlooked by many. The willpower, resilience and mental stability of athletes are tested day in and day out, in training and during competitions.

However, the expectation that one can be totally in control of their thoughts and cognitive processes at all times may become unreasonable, even impossible. This effort can then extend to an urge to control the behaviour of others.

The battle between the competing athletes can then begin on two fronts, physical and psychological. One of such ‘psychological warfare’ strategies, which is alarmingly common, to gain a mental edge during competition, is ‘trash talk’. Both players and spectators at all levels of sport use this dubious strategy. Some examples of ‘trash talk’,

“I’m not worried about the Sacramento Queens. Write it down. Take a picture.”- Shaquille O’Neal (2003-NBA)

“Float like a butterfly and sting like a bee…his hands can’t hit what his eyes can’t see.”- Muhammed Ali (Boxer)

Trash talk has been shown to drastically impact on performance, its effect seems to increase exponentially when players are losing as they feel that they have no control over the situation. Their focus shifts from “winning” to attaining a personal victory by satisfying their impulse of retaliation. A lack of respect seems to be a frequent trigger, causing heated exchanges on the pitch and a resultant change in performance.

HOW TO DEAL WITH TRASH TALK

There are a number of strategies one can employ to deal with and prepare for trash talkers.

Athletes with an understanding of this psychological battle, with well-developed skills in their ability to remain focused will retain composure in the face of trash talk. They fully immerse into their performance, remaining unperturbed by the words of their opponents and WIN. 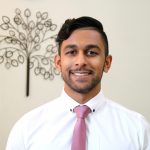